New for 2020 from 6th April – 1st May was James Martin’s Islands to Highlands TV show on ITV. A brand new series where James sets off on his foodie travels across the UK, which he filmed last year. Each day he is joined by one of his friends and fellow top chefs to explore a different area in the beautiful country we call home.

In recent years he has been on many other adventures around the world and this one sees him enjoying his favourite and beautiful locations around the UK. He cooks and eats everywhere from Cornwall to Scilly, Jersey and Guernsey, Isle of Man to Shetland, the Peak District, Lake District and Yorkshire Moors, and from Wales to Skye.

Each episode shows him visiting amazing local producers and sampling the very best the UK has to offer. Lots of new delicious recipes and tasty dishes are made including Sticky Toffee Pudding, Poached Turbot with a Creamy Herb Sauce, Welsh Rarebit, Black Butter Tartlet, BBQ Port Burgers, traditional Singing Hinnies and so many more wonderful dishes!

Let’s take a look at his journey…

James sets off on his foodie travels across the UK, starting with the Scilly Isles joined by Michelin-starred chef Galton Blackiston. 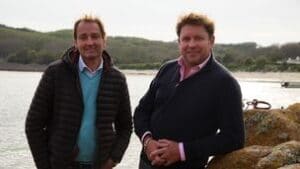 James returns to one of his favourite places in the UK – the beautiful county of Cornwall. His close pal Michelin-starred chef Galton Blackiston joins him. 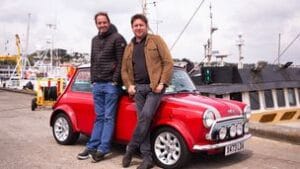 On the next leg of the tour, James discovers the glorious Devon with his friend and Michelin-starred chef Simon Hulstone. 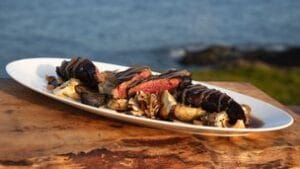 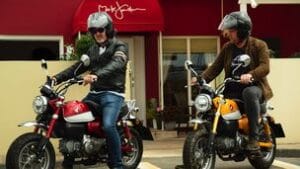 James and his wingman, top chef Mark Jordan, hop aboard their motorbikes together to discover the wonderful island of Guernsey. 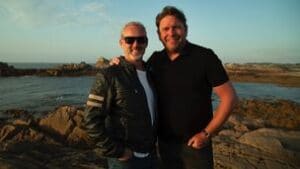 This episode James discovers the delights of Dorset. Joined by his mate and Michelin-starred chef Paul Ainsworth. 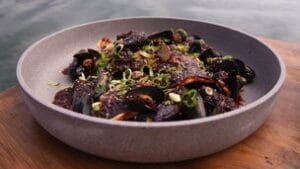 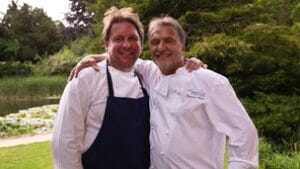 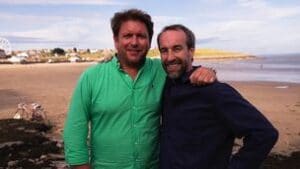 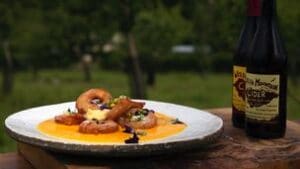 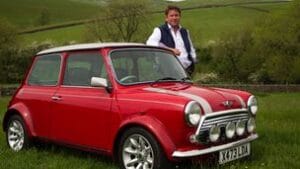 James returns homes to his native Yorkshire, where he is joined by good friend and multi-award-winning chef Brian Turner. 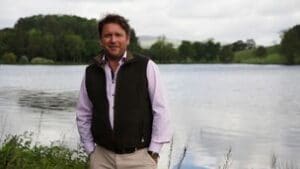 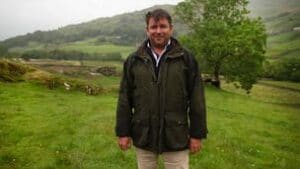 James is joined by Michelin-starred chef Kenny Atkinson to sample the delights of Northumberland. 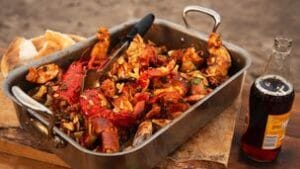 Paul Rankin a good friend of James and a local boy joins him in Northern Ireland. They brave the Carrick-a-Rede rope bridge together. 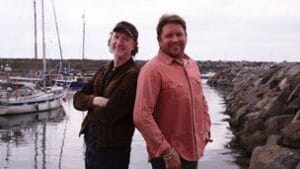 James returns to Northern Ireland with his old chef buddy Paul Rankin, exploring the area around Lough Neagh, the biggest freshwater lake in the British Isles.

James is joined by chef pal Nick Nairn to enjoy the luxury trip of a lifetime aboard The Royal Scotsman. 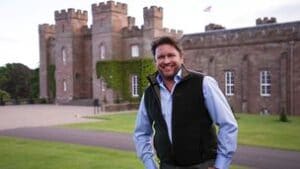 Nick Nairn joins James again to take a trip to the stunning Cairngorms National Park. Amongst their adventures, they visit some friendly reindeer. 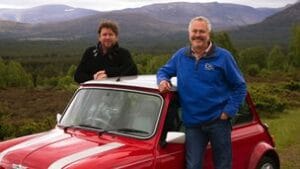 James takes a magical trip to the stunning Isle of Skye, where he is joined by top chef and ultimate Scotsman Tony Singh. 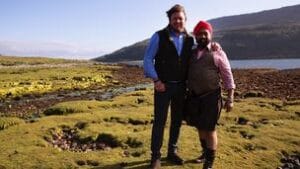 In the final episode of the current series, James visits a place he’s always wanted to see – the beautiful Shetland Islands – and they definitely do not disappoint. 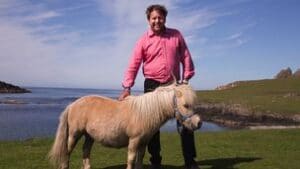 A few recipes from the show 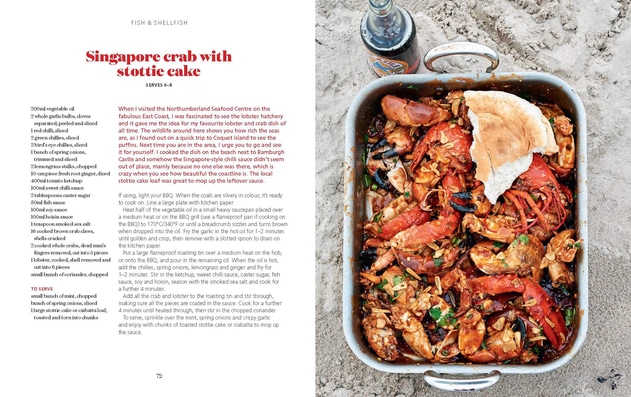 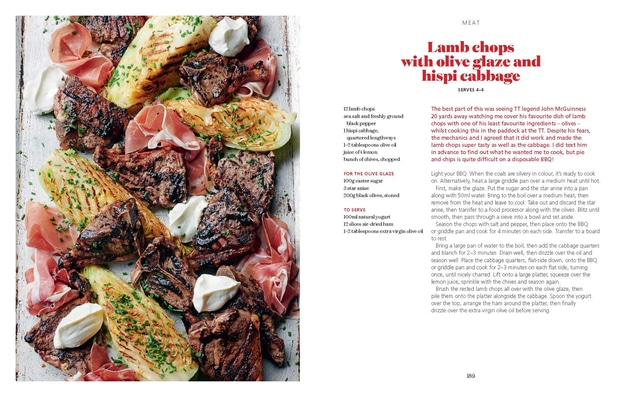 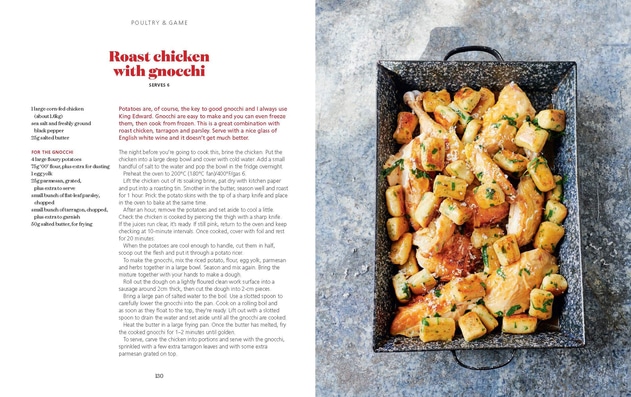 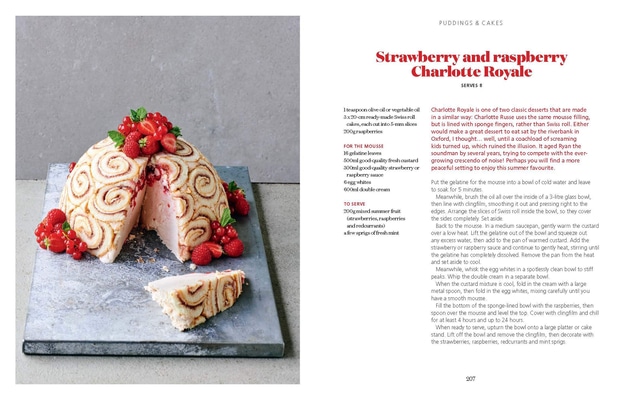 James Martin has been a lover of the award-winning appliances from Sub-Zero Wolf for many years and we are proud to be premier dealers of this iconic brand. At his home, he has his kitchen packed out with these innovative designs and they are perfect for the handmade kitchen.

Are you looking for a new kitchen design in your home abode? 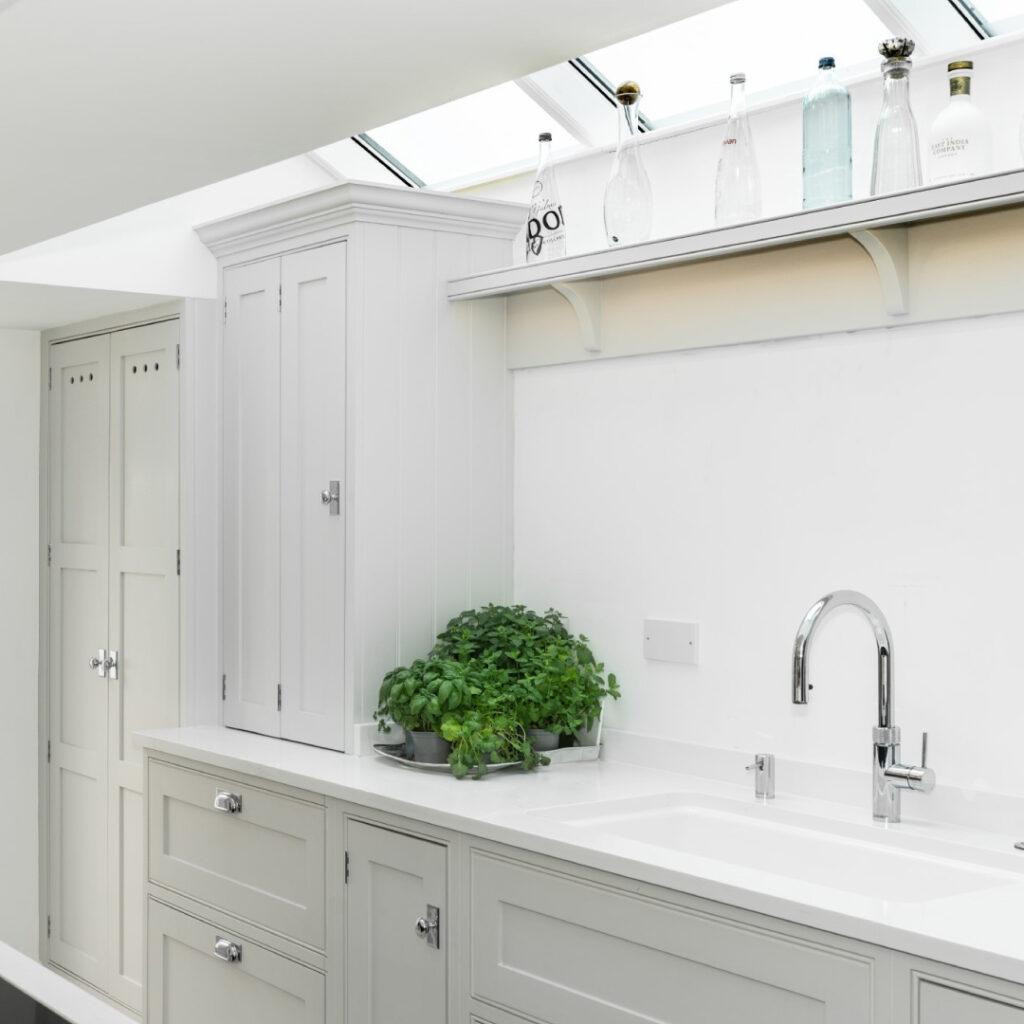 Creating a Single-Wall Kitchen with an Island

12th August 2019
Kitchen Appliance Advice
Have you ever thought of a kitchen garden? Look no further, you have come to the right place… We are…
Read More 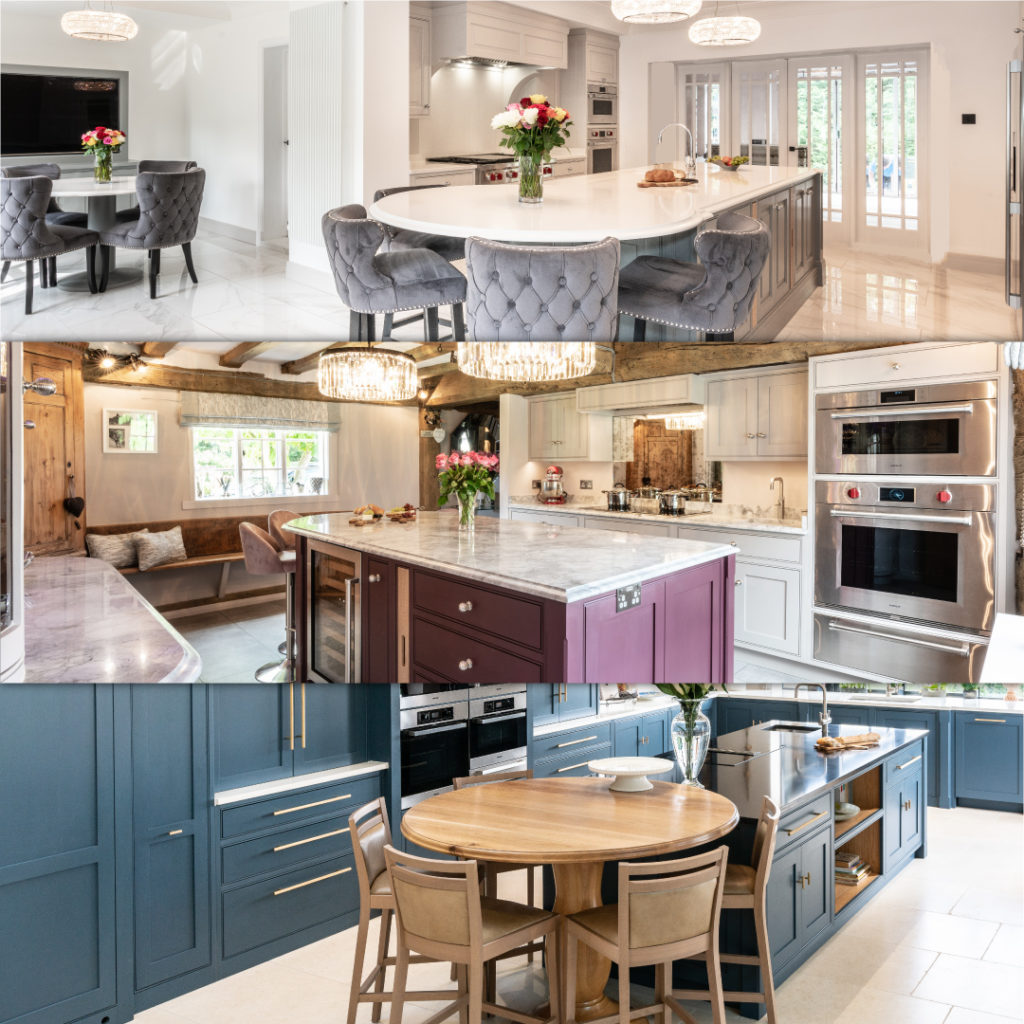 What Makes an Ideal Kitchen in our Eyes

8th October 2019
Kitchen Design Advice
Period homes with a little history have got to be our favourite. Our team have had a passion for homes…
Read More 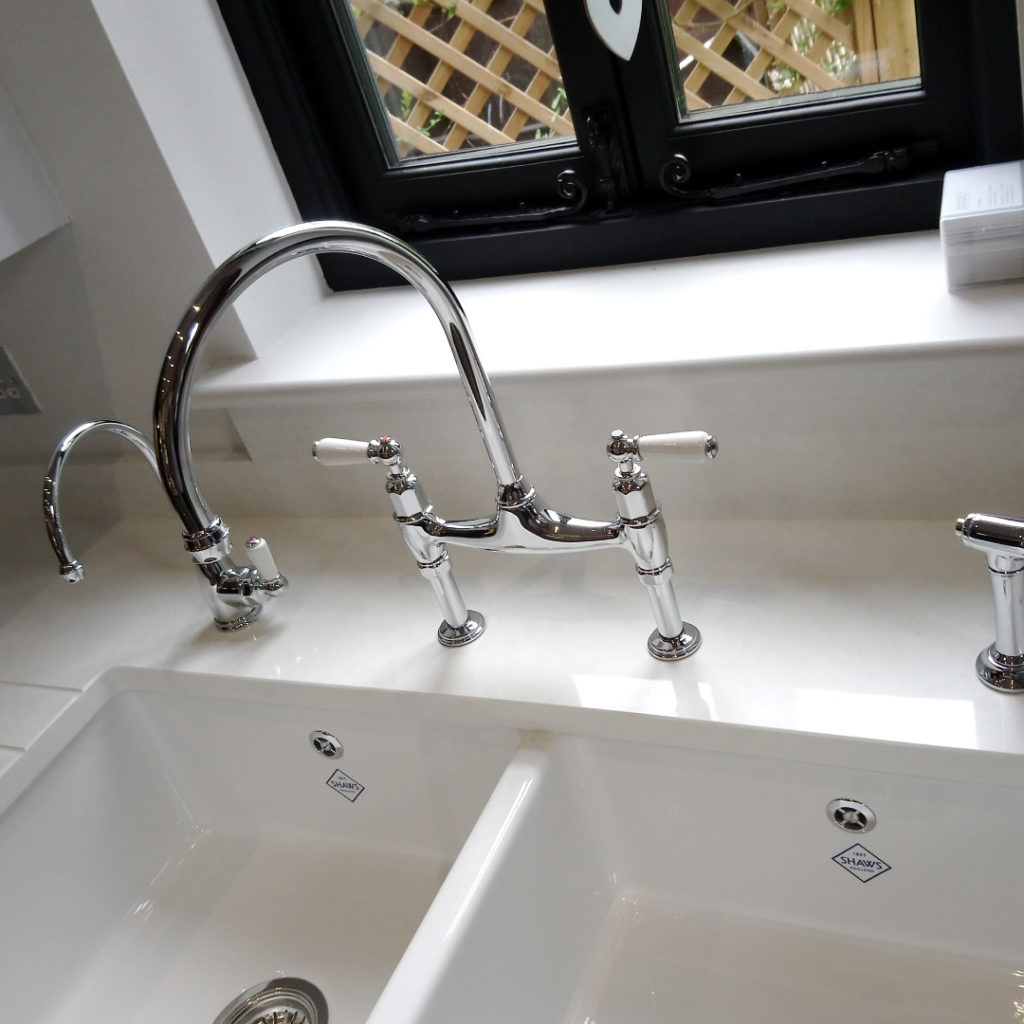 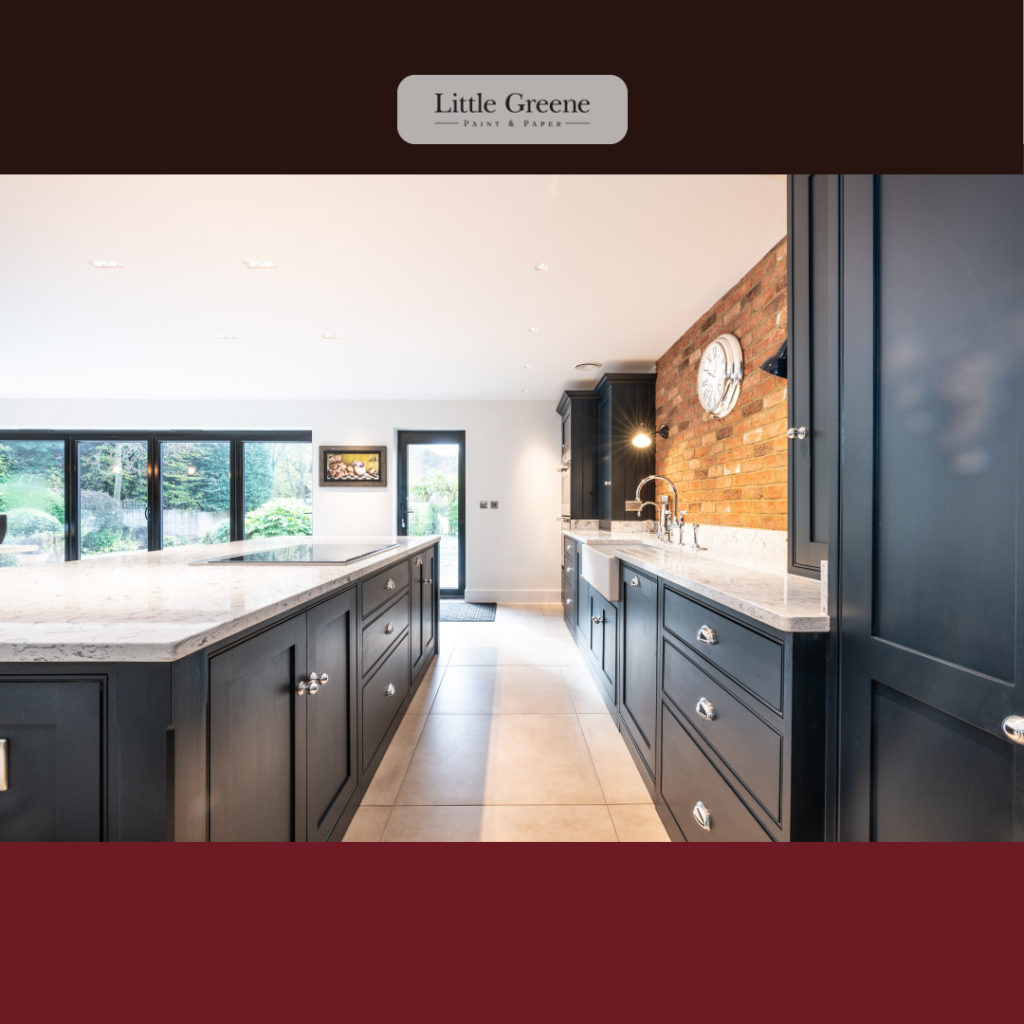 Eye-Catching Cabinetry to Transform your Kitchen

28th November 2019
Kitchen Design Advice
With bright coloured cabinetry, you can completely transform the look of your kitchen. At Nicholas Bridger, we hand-paint all our…
Read More

4th March 2021
Kitchen Appliance Advice
Over the years we have worked with many clients on kitchen projects big and small that include Sub-Zero Wolf appliances.…
Read More
Menu
We use cookies to ensure that we give you the best experience on our website. If you continue to use this site we will assume that you are happy with this.OkPrivacy policy