Visting Victoria’s Island – Walk in the Footsteps of the Queen

Welcome to the first of our World Travel articles, we look forward to bringing you more insight into great places to visit around the world.

At the height of Queen Victoria’s reign, she and her husband Prince Albert chose the Isle of Wight as their favourite holiday spot for many years. Their much-loved summer residence and final home was built at Osborne House at East Cowes.

The Isle of Wight is an island off the south coast of England, known for its beaches and seafront promenades with vintage beach huts, mild climate and verdant landscape of fields.

The Victoria’s Island Trail includes many key locations across the island, including the church where Princess Beatrice married in, the Queen’s favourite viewpoint and the yacht club that was created just for her.

Walk along the same paths, see the same views and enjoy a unique journey around the Isle of Wight just like Queen Victoria.

Embark on the journey with the first stop being at Osborne House, designed by Prince Albert in an Italianate style. It was Queen Victoria’s palatial holiday home where she enjoyed royal family life with her husband and nine children.

You can visit Victoria and Albert’s private apartments, their bathing beach and the children’s play-cottage. Stroll through the garden terraces where the stunning views across the Solent reminded Prince Albert of the Bay of Naples.

This stunning building reflects on their passions, tastes and style. Ornate furnishings and artefacts from The Royal Collection fill the rooms and corridors where Victoria entertained heads of state, inventors, princes and princesses and ruled the vast British Empire.

You can dine like a queen in the elegant Terrace Restaurant and Orangery, enjoy soup and snacks at the café in the Petty Officers’ Quarters, and grab a sandwich or home-made cake at the Gazelle House cake shop at Swiss Cottage. 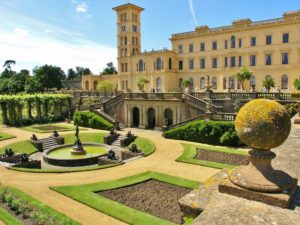 Just a short carriage ride from Osborne, St. Mildred’s Church, Whippingham was redesigned by Prince Albert and rebuilt in a style considered to be more suitable for the royal family.

St. Mildred’s is a historic family Church of England Church where it has been the place of worship since 1854 and was frequented by Queen Victoria when she was a residence in the Isle of Wight.

You can experience the wonder of the Victorian architecture on a free guided tour and finish up in the lovely little coffee shop for a slice of cake. 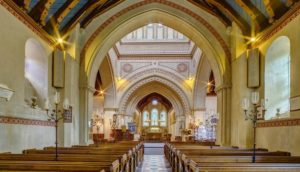 The Ventnor Botanic Garden is Britain’s hottest and greatest of gardens. It was originally named Royal National Hospital for Diseases of the Chest, founded in 1868 in the Victorian heyday. 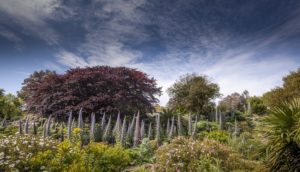 Fort Victoria Country Park is built on the north shore of the Isle of Wight to guard to Solent. The surrounding country park offers seashore and peaceful woodland walks amongst 20 hectares. The woodland is a combination of planted trees such as Corsican Pines and a variety of native deciduous trees. You might even be lucky enough to see a beautiful red squirrel!

During the beginning of Victoria’s reign, her Government made a huge investment to protect Portsmouth from the threat of French invasion. Prince Albert, an avid Army reformer was involved in the design and naming of the first of Palmerston’s. 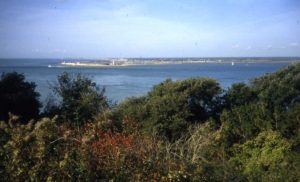 The Royal was founded in 1832 and is one of the oldest hotels on the Isle of Wight, as well as being one of its finest. It was originally built as a coaching inn called Fishers Hotel, becoming known as The Royal Hotel after enjoying Queen Victoria’s patronage.

Filled with history and offering every bit of modern comfort, this hotel certainly is an irresistible destination for the discerning traveller for the last 180 years.

Dining at The Royal will be a highlight of your stay. The hotel has achieved 2 AA Rosettes for excellent food for over 20 consecutive years and has appeared in every Michelin Good Food Guide since it’s inception. 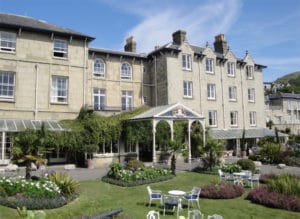 Blackgang Chine is the oldest amusement park in the UK, having opened in the 1840s. Queen Victoria visited in August 1853 to give the royal seal of approval and to see the skeleton of the whale that had washed up near the Needles.

Let your imagination run wild as you start your very own adventure. This amusement park is set on the cliff tops, with stunning sea-views and filled with an electric mix of attractions, magical theme world and exciting rides. 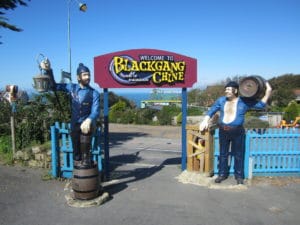 Shanklin Chine is a historic site which was first opened to the public in 1817. The young Princess Victoria visited at the aged of 14 with her mother in 1833.

The stunning tree line Chine cuts its way from Shanklin Old Village to the sandy beach and Esplanade far below and has always been a magnet for artists, photographers and famous visitors.

You can enjoy it by day, then wonder at its mystical beauty on summer nights during the Chine Lumierè, when hundreds of light illuminate the narrow paths, streams. 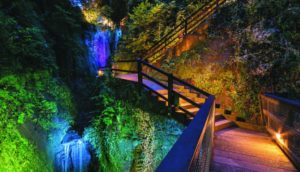 Egypt point was one of Queen Victoria’s favourite places to visit. It’s the coastal viewpoint between Cowes and Gurnard. The queen had an irresistibly romantic nature and it was here that she enjoyed the magnificent sunsets and a panoramic view of the Solent which people still love today. 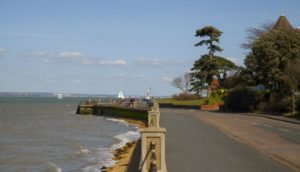 Part of Carisbrooke Castle was used as a residence by Princess Beatrice from 1912 onwards. After the death of her husband in 1896, she was appointed Governor of the Isle of Wight and lived with her mother Queen Victoria at Osborne.

Many changes were made to the castle, including a museum of local history as a memorial to her husband. 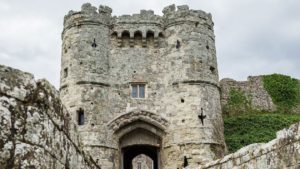 Newport Minster was initially rebuilt by Queen Victoria and Prince Albert because they thought it wasn’t suitable to house the remains of Princess Elizabeth. Elizabeth was Charles 1’s daughter. 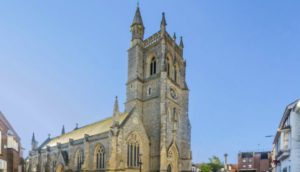 Farringford is one of the island’s most important historic estates. This was the home of the celebrated Victorian Port Laureate Aldred, Lord Tennyson, from 1853 until his death in 1892.

The main house dates from 1806 with gothic embellishments and extensions added from the 1830s. It was opened in 2017 as a historic house/museum. 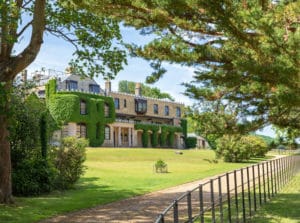 The Prince Consort Building was previously known as the Royal Victoria Yacht Club overlooking the Solent from the western end of the esplanade at Ryde. It was built as a private place for the Queen, because the Royal Yacht Squadron, Cowes would not allow female visitors – whether they were royal or not.

It was completed in 1847 with the foundation stone laid by Prince Albert in the spring of the previous year. 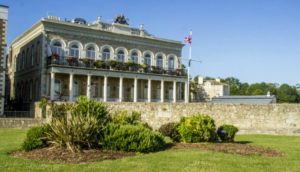 The Marconi Monument at The Needles Landmark Attraction is the spot where Guglielmo Marconi set up his revolutionary equipment and sent the very first wireless transmission.

There’s now a famous chairlift where you can see the Isle of Wight’s most famous landmark in the best way. Start your day with a delightful trip from the top of Alum Bay cliffs down to the beach below, taking in views of the beautiful turquoise sea. 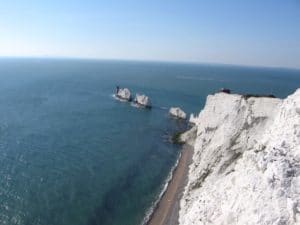 The iconic Northwood House is set in beautiful Northwood Park in the heart of Cowes. It was bought in 1793 and extensively renovated in 1837, being part of a huge estate owned by the Ward family. Many lavish parties were thrown here by the Wards throughout the Victorian era when the island was a popular destination for the Royal family.

Queen Victoria’s own children often came over from Osborne House along with the rich and famous to enjoy the hight society soirées hosted at the house. 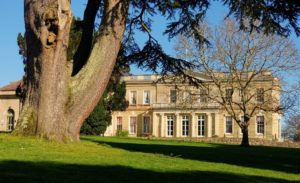 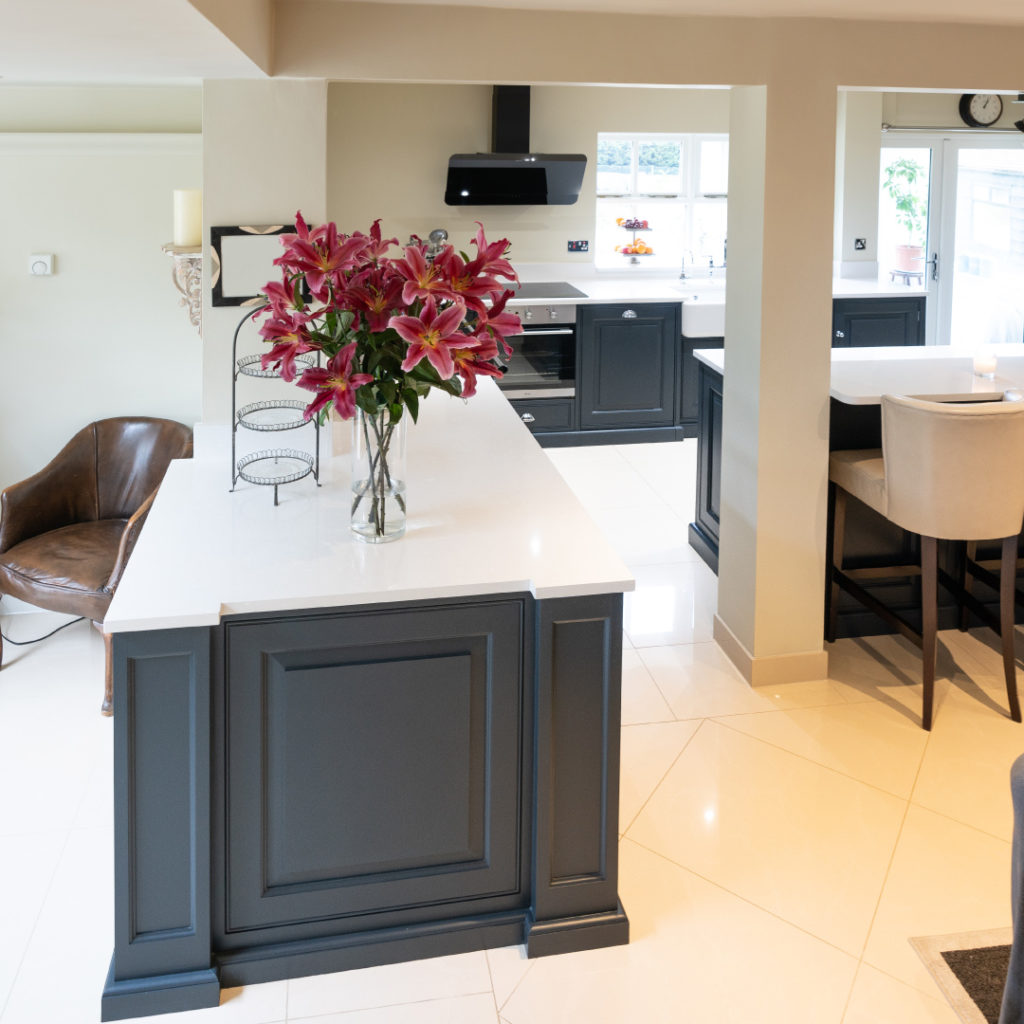 4th February 2019
Kitchen Design Advice
Are you planning your kitchen layout? Will a L-shaped style be the best layout for your kitchen? “L” Shaped kitchens…
Read More 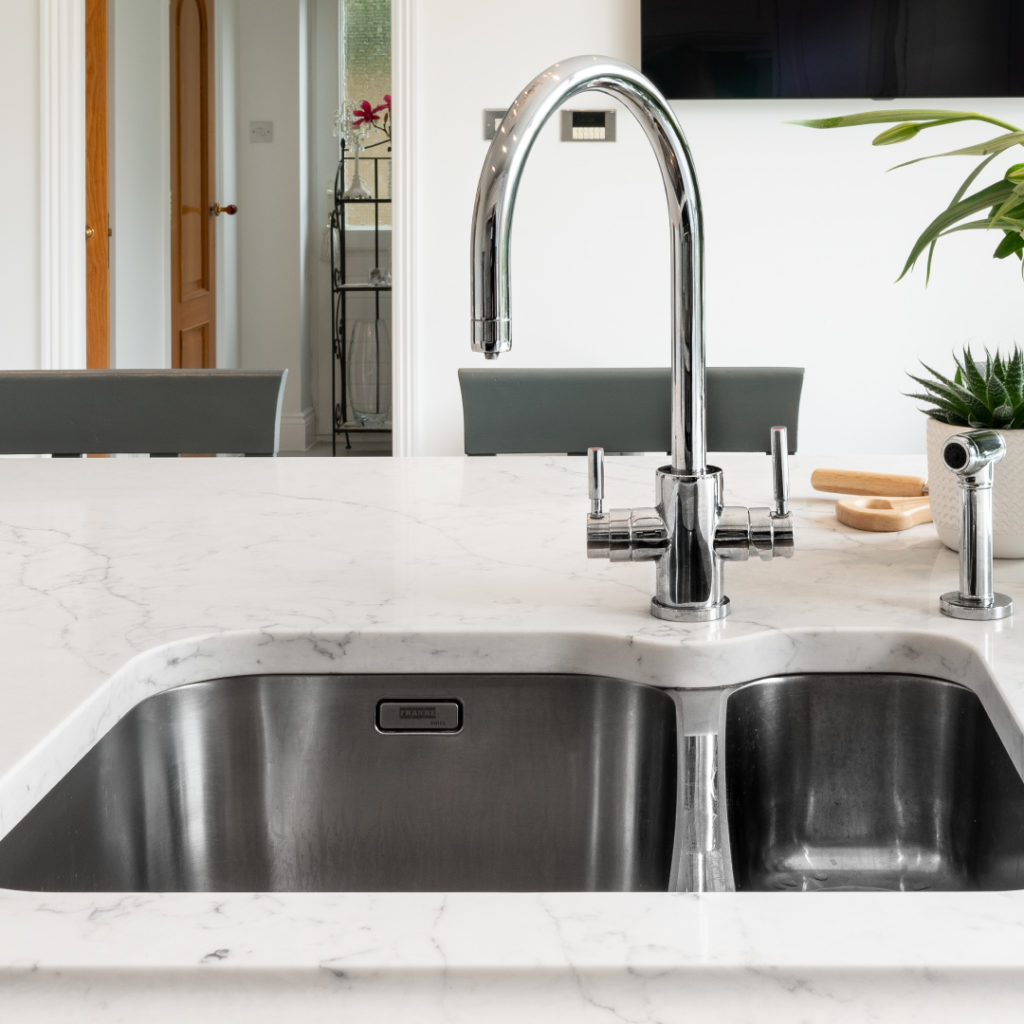 Add a Franke Sink to your Handmade Kitchen by Nicholas Bridger

25th April 2019
Kitchen Design Advice
Franke was founded in 1911, and since then the company has been built on precision engineering and traditional craftmanship. Franke…
Read More

5th January 2021
Kitchen Design Advice
Last year was quite different from normal years due to the pandemic, but we adhered by government guidelines and still…
Read More 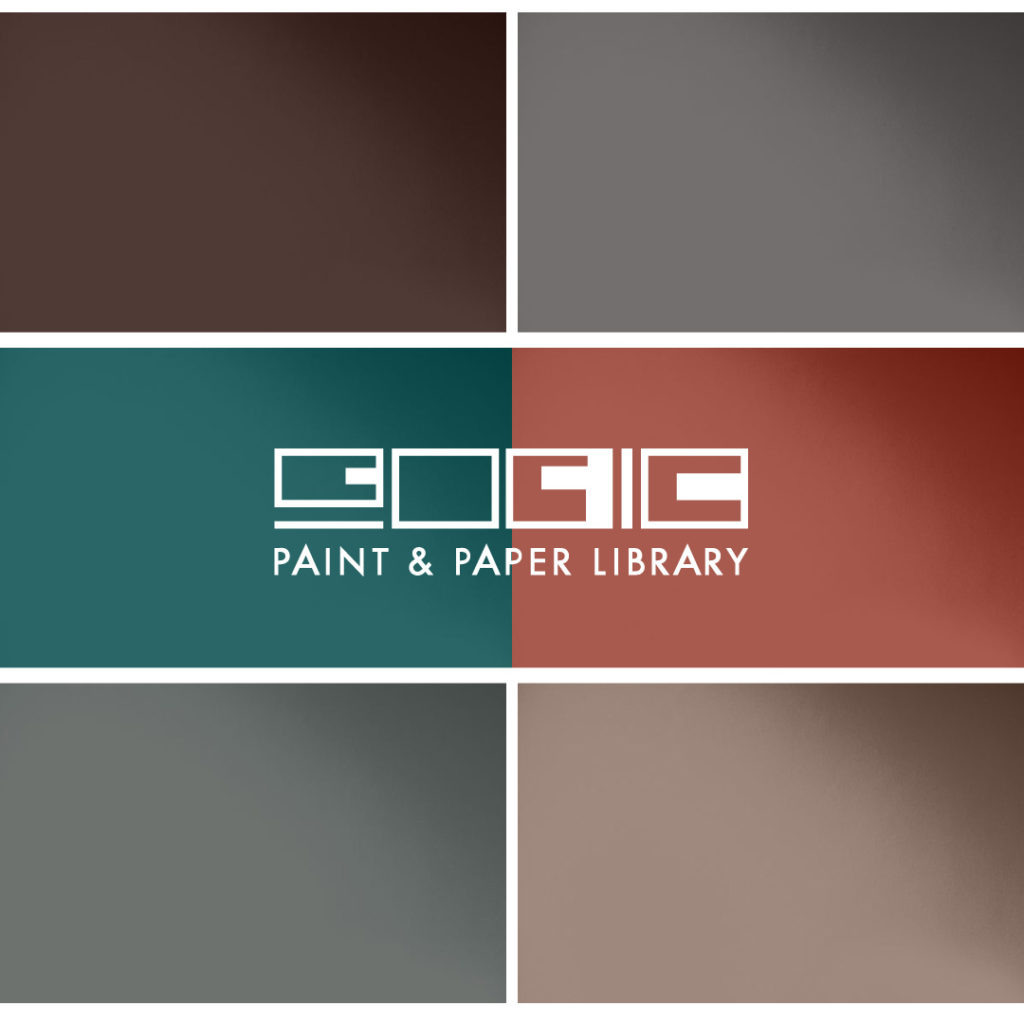 5th November 2019
Kitchen Appliance Advice
In our showroom, we have recently completed a display with the Natufia Kitchen Garden and the latest 36-inch Sub-Zero Professional Refrigeration…
Read More 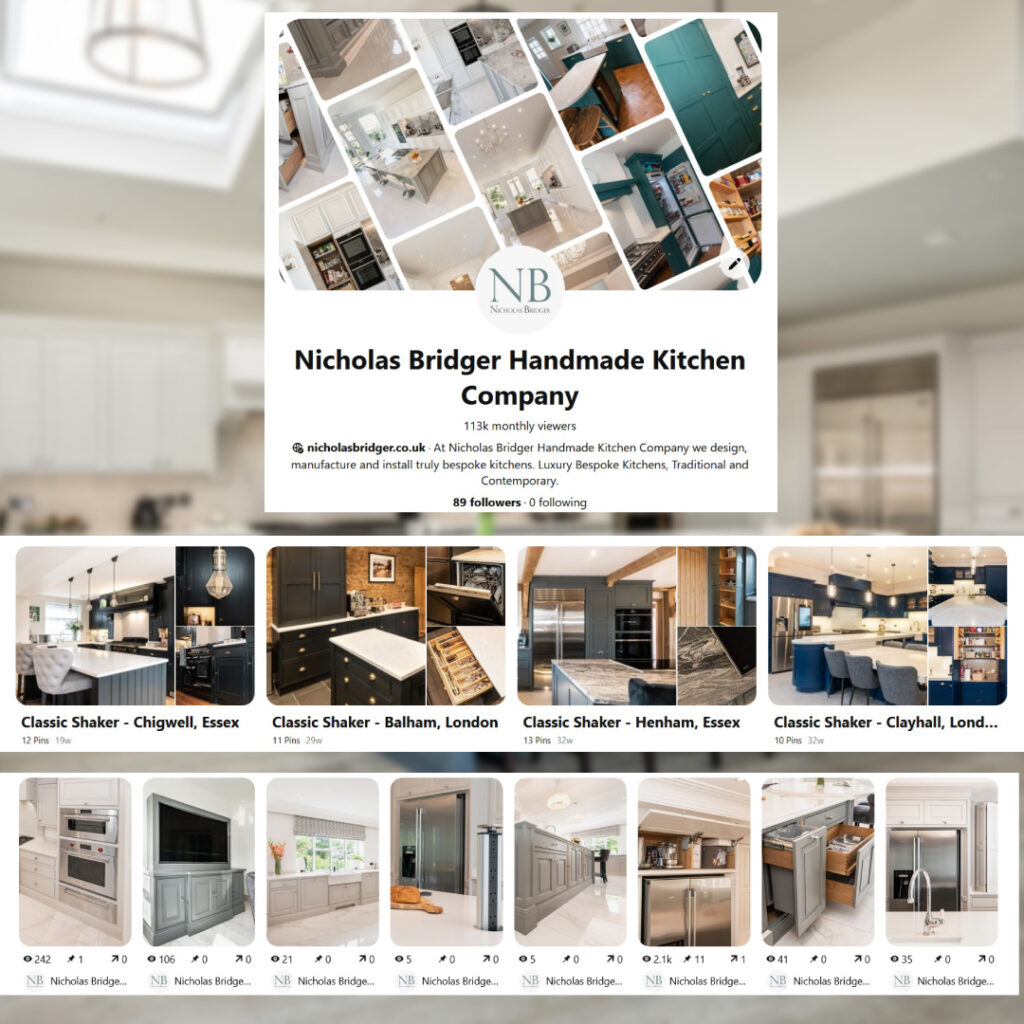 Dream, Research and Plan for your Ultimate Kitchen

25th August 2020
Kitchen Design Advice
When it comes to the kitchen, it’s a big project and needs careful planning to turn it into your dream…
Read More

19th November 2019
Kitchen Design Advice
At Nicholas Bridger, we love producing handmade furniture of any sort to fit in with any kitchen design. Our designs…
Read More 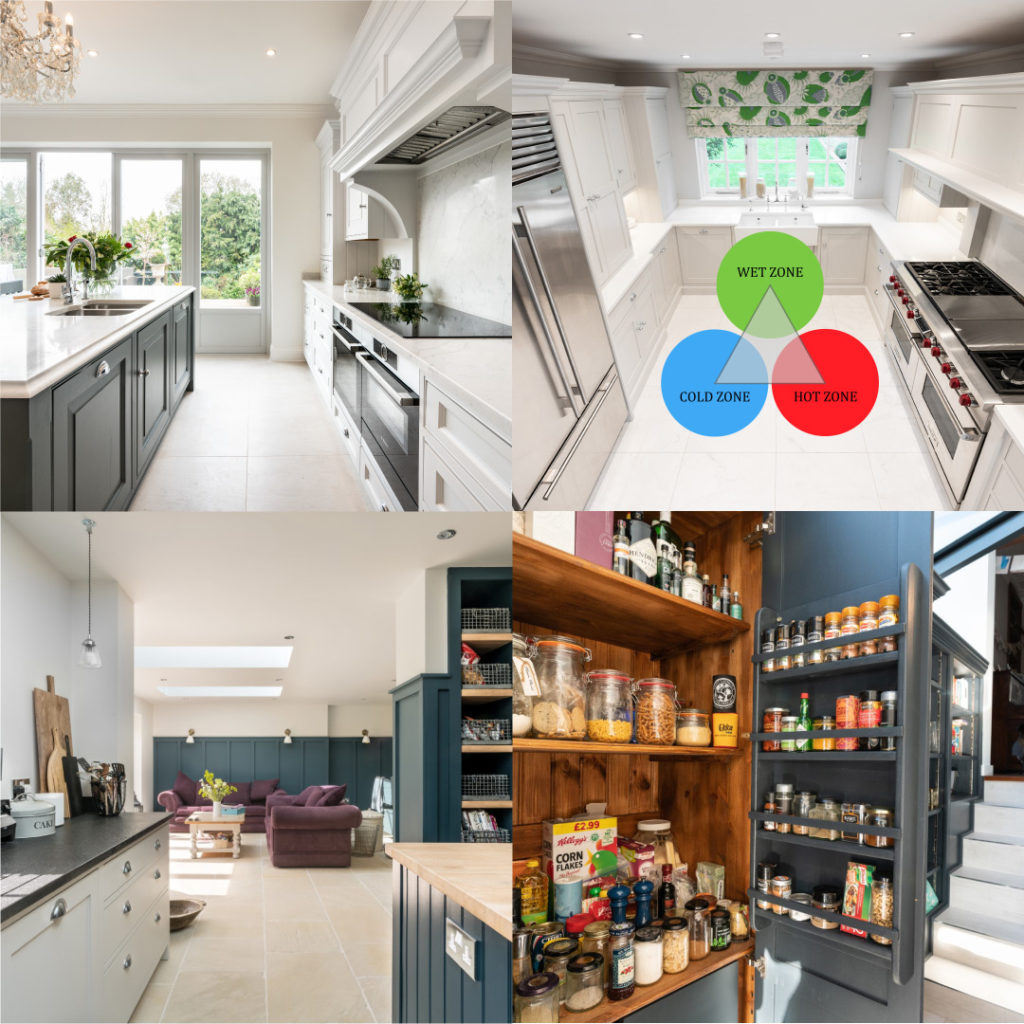 Our take on a multi-functional kitchen

1st April 2019
Kitchen Design Advice
We often think the kitchen is just a place for cooking, but nowadays in most households the kitchen has become…
Read More 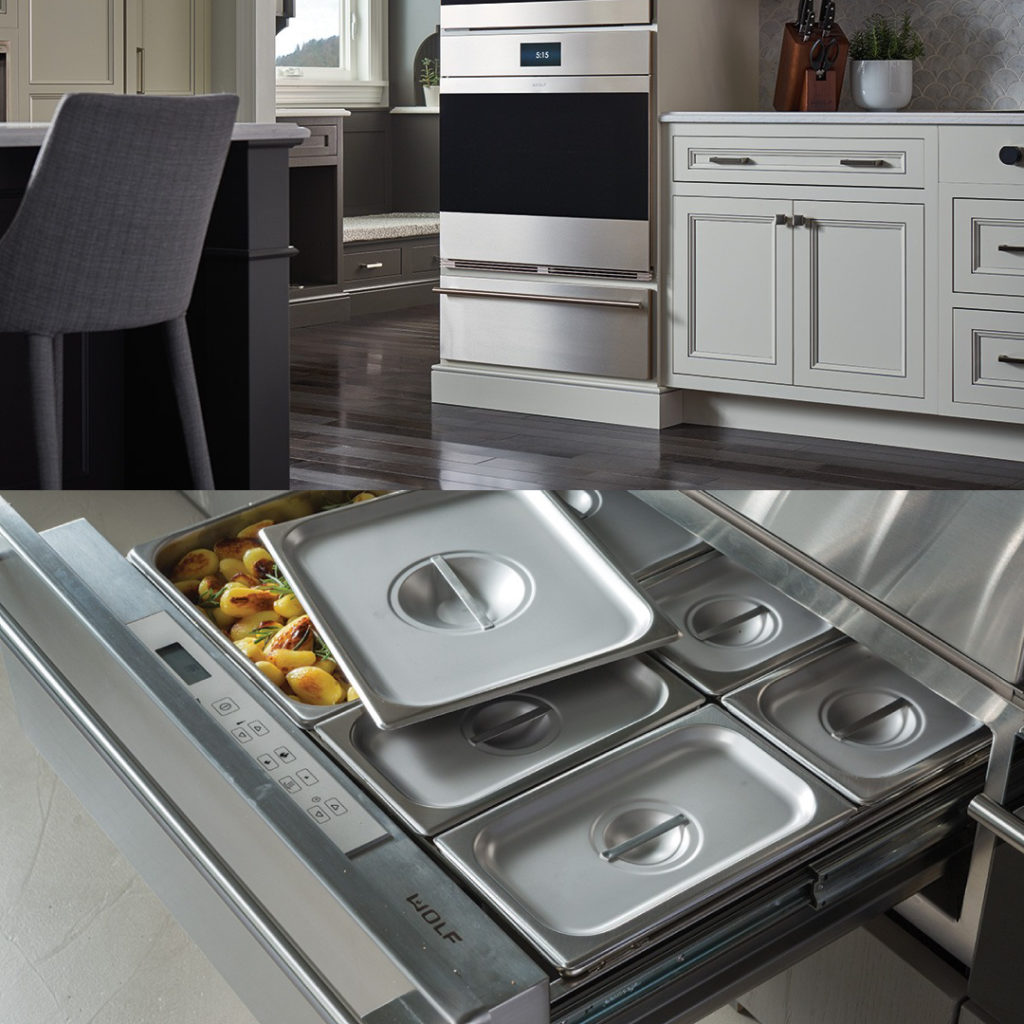 Wolf Warming Drawers – Taking Dinner Parties to the Next Level

11th November 2018
Kitchen Appliance Advice
Take your dinner parties to the next level with a Wolf Warming Drawer With it being one of Wolf’s smallest…
Read More
Menu
We use cookies to ensure that we give you the best experience on our website. If you continue to use this site we will assume that you are happy with this.OkPrivacy policy